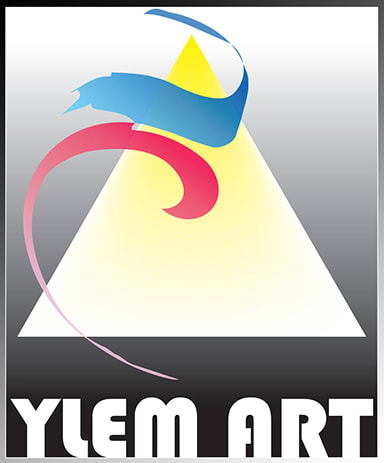 I was born in Moab, Utah (1953) during its “Uranium Boom”, but the place is now more known for its surrounding landscapes in Canyonlands and Arches National Parks, the La Sal Mountains and the Colorado River. But my family soon moved and I grew up on the bench between Salt Lake Valley and high Wasatch peaks in tiny “Granite”, named for the temple and state capitol stone which had been quarried there.

I loved making art as a kid, but my first art class was at Jordan High School under Don Olsen, one of Utah’s premier Abstract Expressionist painters. (I would later rub shoulders with the other two, Doug Snow and Lee Deffebach.)

I took Don’s class out of curiosity to see what “Modern Art” was all about. I had heard some not so complimentary things about it; there were even some who said it was part of Communism’s plot to subvert America’s moral fabric.  Within a matter of weeks, I was a solid Modern Art convert, with a particular taste for post-painterly abstraction.

Later winning an art scholarship at Dixie College in St. George, UT was all I needed to launch art as my major and career. I split my two years at Dixie with two years as a missionary for the Church of Jesus Christ of Latter-day Saints in Argentina.

I completed my Bachelor of Fine Arts (BFA) degree at the University of Utah Department of Art, being thoroughly inculcated with techniques of realistic figure drawing and painting, and some landscape work, under the likes of Alvin Gittins, Paul Davis and Ed Maryon. I had also taken an interest in nonobjective grids.

After earning my BFA, I worked nine months as artist/designer at Big Al’s Syndicate, a fast-food sandwich franchise based on the Al Capone/Prohibition era. Then another nine months as a screen printer at Spectra-Symbol in Salt Lake City. During this time I met and married Alene Clark of Oxnard, CA.

While at Denver University, I worked primarily on my interests in abstraction, mostly with Mel Strawn, Gordon Mansell, Bev Rosen and Steve Goldberg. My goal was to energize geometric grids with color, texture, line and chess moves. I made many lithograph and intaglio prints on these themes. I planned and executed a large acrylic on unstretched canvas mural (6 ft x 84 ft) showing many of my own chess games via line and color on grids. My thesis exhibit included all this, plus an actual chess tournament held within the gallery space.

In December 1982, I accepted a one semester sabbatical replacement assignment in painting and drawing at Sam Houston State University in Huntsville, TX. I honed my teaching skills on a group of young, thoughtful and perceptive students there. With no realistic job prospects by mid- September, we packed up and drove back to Utah , where my father and I expanded my little studio space while building a new garage and shop. This would become my primary work area from 1983 to 2006.

During that time I designed, executed and installed several major public works in places such as large three-part “Evolve“ at the Utah State University Science Center in Logan; “Utah Geoform” at the Salt Palace Convention Center in Salt Lake City and “Mountain Motion” at the Mountain America Expo Center in Sandy.

In 1987 I was awarded the annual Visual Arts Fellowship by the Utah Arts Council.

I was on the Arts in Education list of artists approved for their residency program. I fulfilled over 40 residencies including some for at risk high school students.

I was also an adjunct instructor in painting and drawing for the University of Utah, Salt Lake Community College, Westminster College of Salt Lake City and the Salt Lake Art Center.

My work was included in many group and solo exhibits. All the while I had and still have my work represented at Phillips Gallery in Salt Lake City.

In 2006 I secured a full time art instructor position at Crowder College in Neosho, MO. While there I taught painting, drawing, 2-D design and art appreciation courses. I also directed the Crowder College mural program and interfaced with the Newton County Tourism Council to install murals around the county.

In 2016 I retired from Crowder College and returned to Utah in 2018 to be closer to family and pursue my own work in art more fully. I maintain a strong interest in both nonobjective and representational work. Some of this work I do as illustrations for my writing, which includes autobiographical memoirs.

In science, religion and art, nature is a complex and fertile matrix for both mystery and discovery. My work is grounded in non-objective, “internal” directions, but I am also attracted to natural, “external” phenomena. Recognizable subject matter often appears in my work, but I am less interested in natural appearances than I am in the visual exploration of both natural and internal dynamics. Scientific and religious concepts often interact and inform these expressions. It is important for me to be open to a wide range of creative influences and approaches, engaging both rational and intuitive processes.

Art making itself is akin to the processes of nature: the building, changing and destroying of forms in the evolution of a more dynamically balanced and, perhaps, a more interesting and meaningful whole. I make paintings, drawings and prints. Many pieces are shaped and painted wood relief panels, often in multi-part, re-arrangeable formats. I think of such pieces as visual organisms that can permute/mutate and adapt to various contexts. Some pieces are carefully designed before production; others evolve more playfully from wood and mental scraps, changing over time; often ending up radically different from the original idea. Either way, I sense myself as a link, an agent of change - a small step between what was and what will be.

In a curious twist of art nomenclature, those works that refer to nothing external to themselves, and are most easily recognized as self-contained objects, are called “non-objective”. Maybe this means that such pieces have no practical objective, only the interesting arrangement of form and color. Like absolute music: melodies, rhythms, harmonic transparencies – yes. But no lyrics or program. A refreshing escape from our practical, real life struggles.

I confess my addiction. When I venture into representational “objective” art, in time the desire for complete invention from raw visual elements always pulls me back to the non-referential. Call it escapism; flight from a responsibility to visual “objectivity” in pursuit of something more pure perhaps? Or at least more neutral and free from cold pragmatics and moral dilemmas.

Please forgive my indulgence. I trust you will not object….

Approximate years during which certain subjects, styles, techniques and media first appeared and/or gained prominence in my work. In time some left, some of those returned later.

The presence of this badge signifies that this business has officially registered with the Art Storefronts Organization and has an established track record of selling art.

It also means that buyers can trust that they are buying from a legitimate business. Art sellers that conduct fraudulent activity or that receive numerous complaints from buyers will have this badge revoked. If you would like to file a complaint about this seller, please do so here.

This website provides a secure checkout with SSL encryption.

Your cart is currently empty.

This is only visible to you because you are logged in and are authorized to manage this website. This message is not visible to other website visitors.

Below, select which favorite lists you would like to save this product into.

Enter your email below and we'll email you a 20% OFF Coupon right now!

This offer is valid for NEW CUSTOMERS only!